Unless you’re an aviation history geek or just a pilot who resides in Illinois, you might not have heard of Octave Chanute. I only knew the name early on when I joined the Air Force because there was a Base in southern Illinois named for the famed French-born railroad chief engineer. Early in his life, Chanute became fascinated by flight. He died in Chicago in 1910. 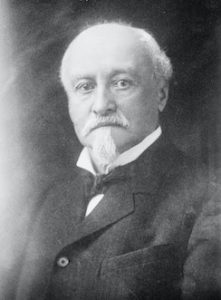 Once bitten by the aviation bug, Chanute was determined in the latter part of the 19th Century to interest others in the hurdles of then-modern aviation. A bit of a writer himself, Chanute corresponded with other aeronautical experts of the time and gathered their insights into a publication, Progress in Flying Machines, published in 1894.

According to Britannica.com, “Chanute also organized sessions on aeronautics at the meetings of major engineering societies, arranged conferences on flight technology at the World’s Columbian Exposition in Chicago (1893) and the Louisiana Purchase Exposition in St. Louis (1904), and offered assistance to promising young aviation enthusiasts.” One of Chanute’s early gliders became the foundation of the early design work for both Wilbur and Orville Wright. “No one was too humble to receive a share of his time,” Wilbur Wright noted in 1910. “In patience and goodness of heart, he has rarely been surpassed. Few men were more universally respected or loved.” So around Illinois for sure, Octave Chanute was a pretty big man around campus.

I first noticed Chanute’s name again as an early inductee to the Illinois Aviation Hall of Fame (IAHF). Scrolling through the list I ran across other – somewhat more recent inductees – like my friend, the late E. Allan Englehardt, a retired United captain, CFI, and DPE who ran what was without a doubt the best CFI refresher course known to man. I found George Priester there too. My first assignment as an air traffic controller back in the 1970s was to Palwaukee Airport (now called Chicago Executive), then a private airport owned by Mr. Priester. I still talk to his son Charlie – who somehow managed to pass me on my multi-engine check ride in a Cessna 310 back in the 70s.

Jesse Stonecipher is there too. He ran the University of Illinois’ Institute of Aviation back in the 1960s that I attended for a short time. Famed airshow aerobatic pilot and instructor Duane Cole’s made the list of inductees, as did Frasca International’s Rudy Frasca. Merill Meigs is on the list. You might know him as the name behind Chicago’s Meigs Field (CGX) where I also worked as a controller. While I didn’t know Carl Unger or his “Breezy” personally, I feel like I did because I flew with Carl’s son Rob at Midway Airlines (“Once the pandemics over, I coming down for that Breezy ride Rob”). 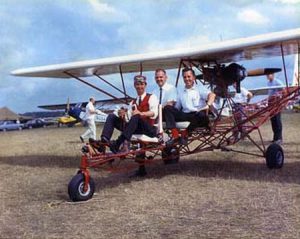 My friends Jack Sheridan and Bev Greenhill are on the list, as well as Al Palicki, Howard Levinson, Doug Powers, and even my CFI buddy Lou Wipotnik are on the list of people Illinois wants to remember. Even before they were famous inductees, I knew Bev and Allan, and Howard and Jack and Al and Lou from the Chicago Executive Pilots Association where I’ve been serving as treasurer the past few years.

So you’re probably wondering why you’re reading this history lesson about Illinois Aviation. I was working up to that … I feel a bit awkward admitting it actually.

Now many who receive this kind of honor would probably be jumping up and down about now. Me, I just kind of stood there with my mouth agape figuring they must have confused me with someone else. I was honestly lost for words, a problem that anyone who knows me will find more surprising than almost anything else.

All I ever thought of during my life is trying to do the best job I could for the people who signed my paycheck, as well as the flying public I knew I also served.

To believe that the work during my career as an air traffic controller with the FAA, as a pilot, flight instructor, writer, blogger, podcaster, and speaker are considered significant enough to have earned me a seat at a table with this incredible mix of friends and colleagues of Illinois aviation note is just … well, in a word  … awesome.

The exact date for the induction ceremony is not set in stone yet, nor is the location thanks to the COVID-19 pandemic still ravaging the world. Heck … I’d be honored with a certificate to hang on the wall, to be honest, but I’ll let everyone know the details when I learn them. Hopefully, some of you will be able to join in that night as I’ve managed to do myself with a couple of these induction events.

Till then, Merry Christmas and stay healthy my friends.